Listen to HRH The Prince of Wales, a true poetry lover, speaking some of his favourite Wordsworth lines, from Ode: Intimations of Immortality. 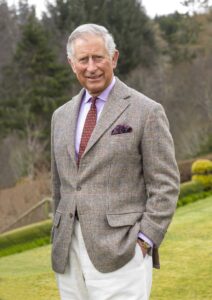 O joy! that in our embers

Is something that doth live,

That Nature yet remembers
What was so fugitive!

The thought of our past years in me doth breed
Perpetual benediction: not indeed
For that which is most worthy to be blest;
Delight and liberty, the simple creed
Of Childhood, whether busy or at rest,
With new-fledged hope still fluttering in his breast:—

Not for these I raise

The song of thanks and praise

But for those obstinate questionings

Of sense and outward things,

Fallings from us, vanishings;

Blank misgivings of a Creature
Moving about in worlds not realised,
High instincts before which our mortal Nature
Did tremble like a guilty thing surprised:

But for those first affections,

Uphold us, cherish, and have power to make
Our noisy years seem moments in the being
Of the eternal Silence: truths that wake,

To perish never;
Which neither listlessness, nor mad endeavour,

Nor Man nor Boy,
Nor all that is at enmity with joy,
Can utterly abolish or destroy!

Hence in a season of calm weather

Though inland far we be,
Our Souls have sight of that immortal sea

Which brought us hither,

Can in a moment travel thither,
And see the Children sport upon the shore,
And hear the mighty waters rolling evermore. 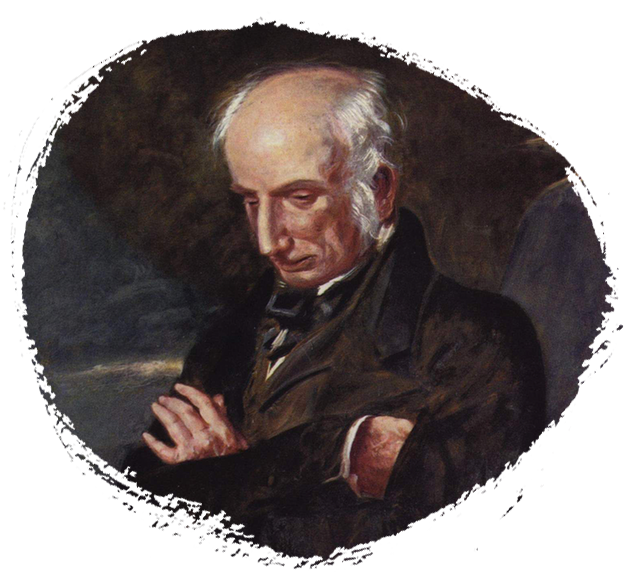 (1770 – 1850) William Wordsworth was an English Romantic poet who, with Samuel Taylor Coleridge, helped to launch the Romantic Age in English literature with their joint publication Lyrical Ballads (1798).

Wordsworth's magnum opus is generally considered to be The Prelude, a semi-autobiographical poem of his early years that he revised and expanded a number of times. It was posthumously titled and published by his wife in the year of his death, before which it was generally known as "the poem to Coleridge".

Wordsworth was Poet Laureate from 1843 until his death from pleurisy on 23 April 1850.
X