As I clutched my suitcase … thick hot sweat
built in the slits
of my palms, which shook holding its cool metal brace. We walked into day-winds, thick
as dried out paint
on unwashed canvas. The sky was painted daffodil yellow. The ground was a dirty grey. There was a metal bird: an array of fearful, forgotten
paint.

Missing the feeling of home I smell the iron rust
of the Municipal Gardens.

The sour tang of home still sits on the tip of my tongue like the zest of sweet citrus fizzing.

I did not know
of grey, gravel roads,
or the bright buzzing,
of scarlet cars.
I did not know
of lonely red-bricked houses, gazing strangers,
standing next to next, military officers, in endless rows. I did not know,
of silence in the streets,
or the secret whispers on the buses, or the sly gestures of restaurants. 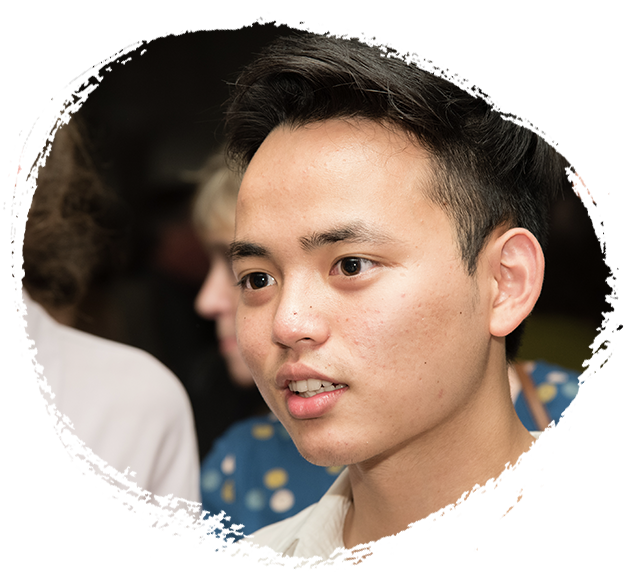 Mukahang Limbu (b.2001) moved to England after spending his early childhood in Nepal and has become the first winner of national writing competition sponsored by The Sunday Times. The poem, about the shock of adapting to life in Britain, was one of more than 3,000 poems and stories on the theme of “home” submitted by state school pupils.
X
X