From this sandstone cave that was dug with the bones,
carved in the stories of hooded thieves and rogues

From that turgid river that will course through the veins
this beer that slicks the throat, that match-day rain

From that Sally Army march in a cold Christmas prayer,
to this kiddie’s feet splashing through fountains on the square

From this foodbank, to that Bistro, this cup of mushy peas,
that ex-council house, and this temporary beach.

Where that hidden love, need not be secret no more
in this rainbow kissing PRIDE on a Hockley dawn.

From that Raleigh Chopper, to this Uber cab,
to a city’s heart crossed with tram line tracks 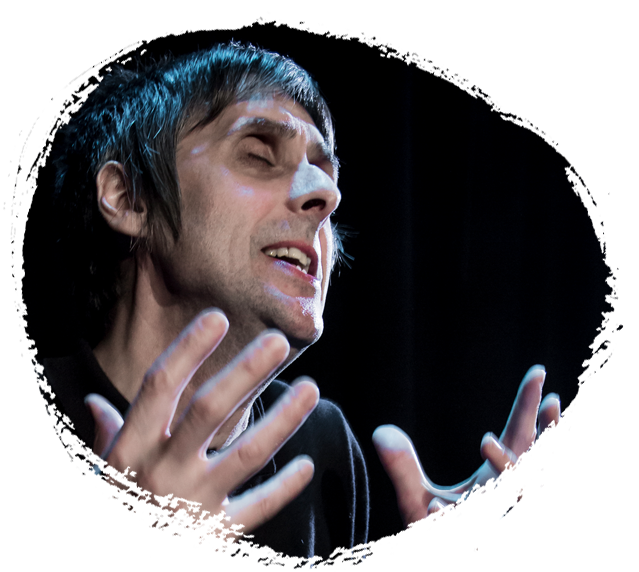 Andrew Graves regularly performs his work throughout the UK and has appeared on TV and radio on a number of occasions, being featured on programmes like 6 Music’s Cerys Matthews Show and the recent BBC 4 documentary Evidently John Cooper Clarke. He has performed alongside Henry Normal, John Hegley and Sleaford Mods and has been praised by the likes of comic book legend Alan Moore. His first full collection Light at the end of the Tenner was published by Burning Eye Books in 2014, he is currently touring with his show God Save the Teen and writing his next book about the history of working class cinema.
X
X