That morning
the world woke up
to poetry.

Like some kind of Santa Claus of words
the poetry guerrilla had laboured all night
spreading the joy of line and verse.

At breakfast, the shell from Bettina’s boiled egg
unravelled to reveal a ballad.

At the launderette, Susie pulled three pairs of pantoums
from the drier. A little wiggle and they were a perfect fit.

Uncle Jim found a limerick printed on his lottery ticket.
His numbers didn’t win but still, he had a giggle.

Alice the hairdresser’s headache was instantly fixed
by a haiku etched into an aspirin.

Reverend Crick, the vicar, found his vestry filled with villanelles
which served as his sermons for the next six months.

When Tammy ordered take-out she got
a triolet with her chicken tikka, spare ribs with a sestina
and a free side order of odes.

But wait – someone had broken into the bank!
(Turns out they took nothing, just deposited sixty sonnets and a cento.)

Order! cried Captain Collis and sought to calm the crowd
with a warning shot from his hilltop cannon.
But it fired cantos, not cannonballs,
littering the town with a lengthy, living legend.

Brushing my teeth at bedtime, I noticed
a fading clerihew finger-written on the foggy bathroom window.
It had my name on it
and as I looked up I swear I saw
a shadowy figure heading for the horizon.
Man? Woman? Child?
I couldn’t say, but this I know –

there was a spring in their step,
a glint in their eye
and so much language on their lips.

© Shauna Darling Robertson, from Saturdays at the Imaginarium (Troika, £7.99) 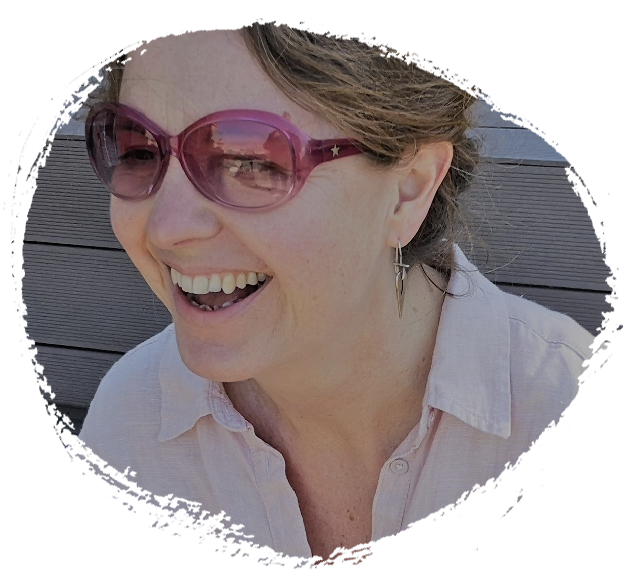 Shauna Darling Robertson grew up in Northumberland and now lives in Somerset. Her poems for adults and children are widely published in journals and anthologies. They’ve also been performed by actors, displayed on buses, used as song lyrics, turned into short films and repurposed as comic art. Shauna says, “I love working with other writers, artists, musicians and performers to explore all kinds of different ways of making and sharing poetry”. 'Saturdays at the Imaginarium' is her first children’s book.
X
X