1
And then I realised the whole house was filled with mahogany, the doorknobs,
the banisters, the stairs themselves…
it was worship and annihilation all in one.


2
I was compelled to assist in cutting a great deal of Mahogany
wood, writes Olaudah Equiano. Think of the mornings he toiled
and toiled to capture swirling grains of the tree crotch, under

the tyranny of mosquitos. Think of his back breaking, while
harvesting rows of trunks bigger than the big house, to harness,
then tumble into nearby river water. Logs lashed

together, lumbering, riding currents towards their first
destination, a main port, to be buried in the belly of ships. Think
genocide visited here and men laboured in the art of such a thing.
Speak of Mahogany. O speak of the people of the land!


3
Speak of Mahogany. Speak
of the original people of the land!
And think of     bodies/     bodies/    blood/
black/  blessed/   bones/   back/  back broad/
borders/  broken branches/
broken bough/   brown/    bleed/     balsam/
balm/     breathless/
Here is a space of interruption,
where hands slap wooden surfaces
for luck and palms lick wood for praise.
This is how Noah came to bend ancient
mahogany bones into a skeletal spine
for his ark, while Jamaican crows cra cra.
How they came to revere the mahogany,
whose demise summoned the jabbering crows.


4
When Chippendale said silky mahogany was a sensory delight,
did he know that its music would be a relentless history, where blues
lick wood and the earth chants down Babylon, blam blam blam
they fall and fall and fall, till forty years later the rich red trunks
are legend, a mythical fancy wood, Drop them one by one –
Go lang boy! Then dip them dip them, but there is no healing
stream. Their majestic shadows opulent in these country houses.


5
Genocide visited here, as men laboured in the art of such a thing.
Speak of Mahogany. O speak of the people of the land,
who languished in dark desolate valleys. Look yonder
into a vault where their hallowed history is buried
by architects of deceit,

See Noah— drawing and measuring
while nightingales perch in branches singing.
Take note, there are Jamaican Nightingales in the orange trees and think

of the men condemned to chop them down, branded
with the master’s initials on their chests. Men
who sprinkled precious water to appease.
And think again of Noah drawing and measuring, like he making war
ship, naval
— while watching sky feeling in he bones, hurricane coming.


6
Dusk here reeks with the gestation of mosquitoes and slithering
snakes, lizards scuttle, and insects crawl out of the forest foliage,
littered with scorpions, centipedes and towering trees. Unruly
vegetation to be gutted, scaled back, then there are the bodies
bent backs, in sun, raised machetes cutting, while monkeys
gibber flinging their bodies from limb to limb on the brown boughs.
Prospectors came, found shady canopies populated by the ancients
they slashed and burnt to plant cane, shipping severed trunks
and limbs home to the motherland. And the forests became graveyards.
It was the dark of this place these adventurers feared, so genocide visited
here, as men laboured in the art of such a thing.
Speak of Mahogany. O speak of the people of the land.


7
In Jamaica in the big house, the house girl is on her knees
polishing the wood floor with coconut oil and orange halves.
In England servants kneel with linseed and brick dust,
worshiping this majestic red, genuflecting.
In the kitchen cook prepares the tea tray for Master. It too
is fancy wood. She walks through the house to deliver
to a man hunched over a desk shaping his will. Now think
of Brodsworth, of the old Mahogany water closet, and over
there the Spanish Mahogany dinner wagon. The balusters
added to the principal staircase and the exquisite tables
for tea drinking rituals with precise accoutrements. Peter inviting
guests to join him ‘Round the Mahogany.’ Thellusson hunched
over his red oak desk writing his will, casting lots for eggs
that may not hatch for generations, listening for cook’s footsteps.
his tale ends and begins here. A man hunched over a desk,
inheritance, a male marking territory as the tall clock case holds
the round moon shaped face and time spreads herself out.


8
They buried us in the belly of these ships.
Mornings we toiled and toiled
bodies and brooding, timber and cut down.

In some ways the tragedy has a silent
crescendo, somewhat operatic, somewhat
reminiscent of a dark forest.

© Malika Booker
With kind permission from the poet 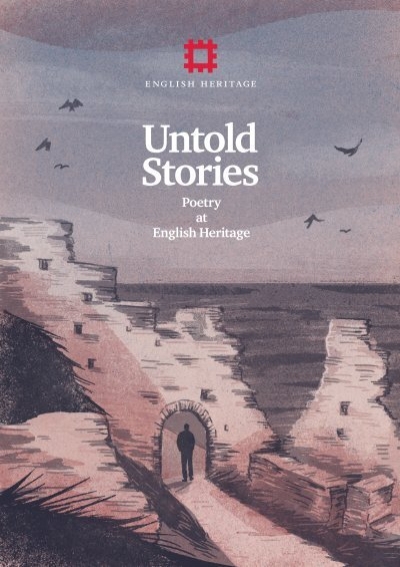 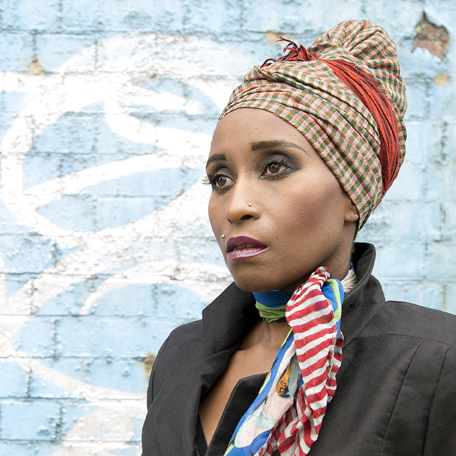