I want to see you.
Know your voice.

Recognize you when you
first come round the corner.

Sense your scent when I come
into a room you’ve just left.

Know the lift of your heel,
the glide of your foot.

Become familiar with the way
you purse your lips
then let them part,
just the slightest bit,
when I lean in to your space
and kiss you.

I want to know the joy
of how you whisper
‘more’.

By Rumi, translator unknown
from The Poetry Pharmacy, by William Sieghart (Penguin) 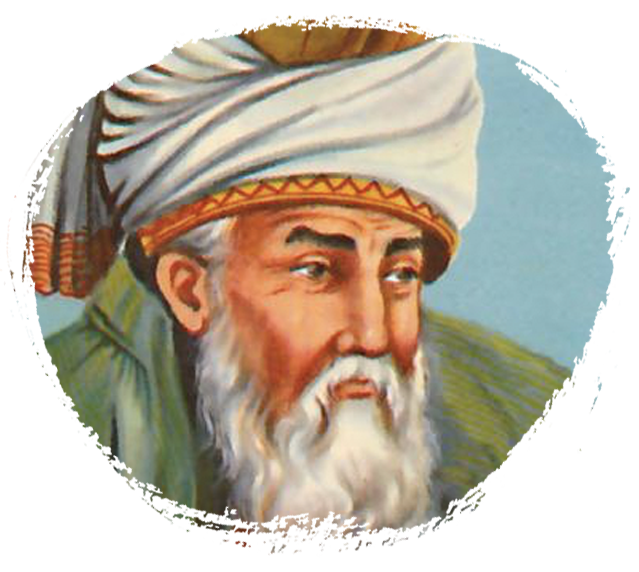 His poems have been widely translated into many of the world's languages and transposed into various formats.

Rumi's works are written mostly in Persian, but occasionally he also used Turkish, Arabic, and Greek. His Masnavi (Mathnawi), composed in Konya, is considered one of the greatest poems of the Persian language. His works are widely read today in their original language across Greater Iran and the Persian-speaking world.Translations of his works are very popular, most notably in Turkey, Azerbaijan, the United States, and South Asia.

His poetry has influenced not only Persian literature, but also Turkish, Ottoman Turkish, Azerbaijani, as well as the literature of some other Turkic, Iranian, and Indo-Aryan languages including Chagatai, Urdu and Pashto.
X
X