The Thunderer grasp’d and grasp’d,
The Thunderer frown’d and frown’d;
The eagle’s feathery mane
For wrath became stiffen’d — the sound
Of breeding thunder
Went drowsily under,
Muttering to be unbound.
O why didst thou pity, and for a worm
Why touch thy soft lute
Till the thunder was mute,
Why was not I crush’d — such a pitiful germ?
O Delphic Apollo!

The Pleiades were up,
Watching the silent air;
The seeds and roots in the Earth
Were swelling for summer fare;
The Ocean, its neighbour,
Was at its old labour,
When, who — who did dare
To tie, like a madman, thy plant round his brow,
And grin and look proudly,
And blaspheme so loudly,
And live for that honour, to stoop to thee now?
O Delphic Apollo!

“I have always loved Keats for his elegant way with words but Hymn to Apollo moved me so much for the beauty in which he visualises the God and contextualises him to his own foolishness as a mortal. As a lover of Greek Mythology as well Hellenic paganism, this poem speaks to me on so many levels.”

Nikita Gill, National Poetry Day ambassador, on why she chose Keats’ poem for the 2020 theme of Vision. 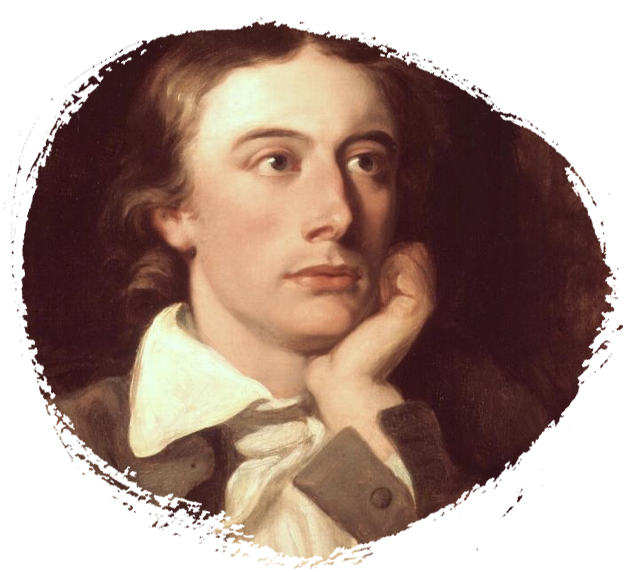 (1795-1821) John Keats was an English Romantic poet. He was one of the main figures of the second generation of Romantic poets, along with Lord Byron and Percy Bysshe Shelley, despite his works having been in publication for only four years before his death from tuberculosis at the age of 25.
X
X