We’ve got that drink you under the table culture

In a local pub full of well-known strangers

Viewed as a second-hand society

But we’re not hand-me-down Hull faces

There’s an oddity in the ‘Old Town’

Where sea shanties ease you into the early mornin’

Unless you’re out dancin’ till dawn- then

There’s a bongo fella perched outside the club

Up for a boogie and a pre-takeaway warmin’

‘Cos everyone’s up for a laugh

When you’re classed as the underdog

Sometimes it’s fun to throw the bone back

Work as a pack

Gi’s a croggy to station, I’ll pay for your tab

Then lark out till she’s gone chuffin’ mad

Once you inhale that Northern Nicotine

You’ve got yourself trapped

The inferno spits and snaps

And hear your brothers and sisters sing to the city of abstracts. 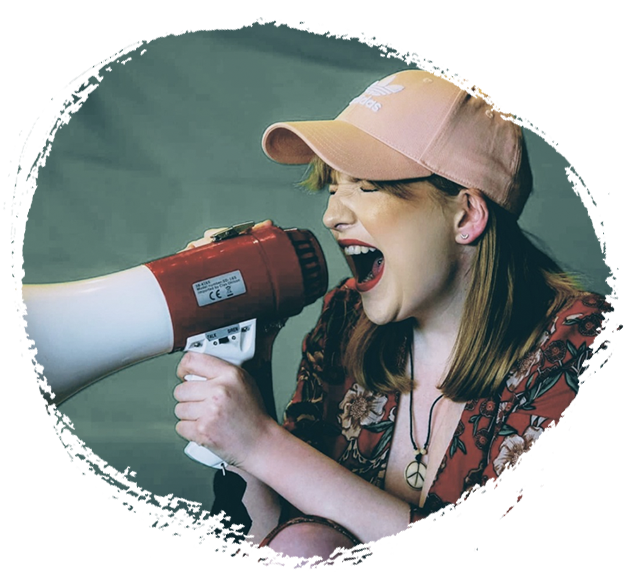 Jodie Langford is a young Hull-based poet who began writing and performing as part of Arts Celebrating Equality at The Warren Youth Centre in 2016. Although she stumbled into the world of poetry “by accident”, she has since become one of the most distinctive voices in Hull’s burgeoning youth spoken word scene. She has performed at BBC Contains Strong Language festival, and her work has been featured on the BBC Arts and British Council website.
She has appeared also at the Freedom Festival, at Canary Wharf and Langham Hotel with UK Youth, the Hull Trinity Festival, 53 Degrees North, British Science Festival, Project Twist-It, and opened up for the rising punk band ‘Life’ and also The (Bootleg) Beatles.
X