circus the first
Down Rantipol Lane on her Raleigh, his grandma,
young, spun between hedges and thrushes –
meets an elephant coming up the other way.
“Her jumped off her bike, her jumped over the wall!”

circus the second
Well, it was the war, so there wasn’t one. But
they left their elephant stabled here in Bishop’s Castle.
The door was too low, so he must have had to bend him.

We walked him in the winter lanes, with a half-broke
mountain pony knee-high next to him.
In the Three Tuns they called him ‘the evacuee’.

circus the third
Pony’s hooves ring in the lane.
There’s fog and uncle turns his collar up.
Behind him in the van on wooden trays
this early morning’s loaves smell good.

Till pony jibs, chucks up his head.
“Steady now!” shouts uncle but
pony’s wheeling in the road
the van’s weight heeling to the ditch

while tall as ships, out of the mist
an elephant walks down Dawley hill. 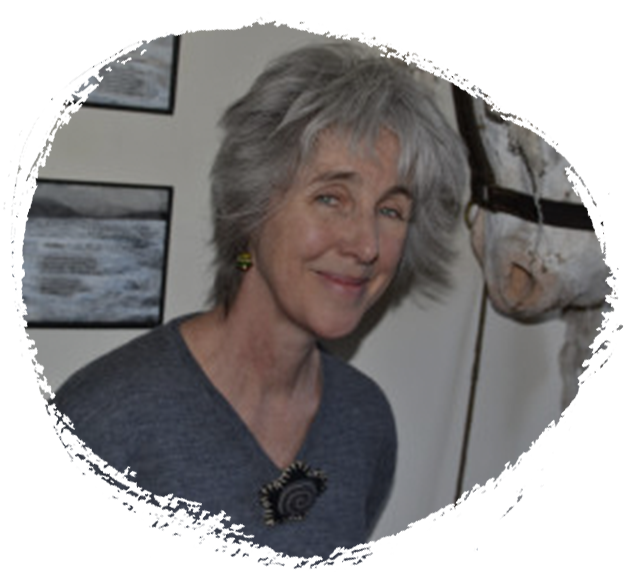 Jean Atkin is a Shropshire-based poet, writer and educator, who provides workshops and readings to schools, festivals and community organisations. She is currently Ledbury Poetry Festival’s Troubadour of the Hills, and Poet in Residence for Hargate Primary School in West Bromwich. She organises The Poetry Lounge, Ludlow’s spoken word night and provides ‘poetry-theatre’ at festivals and events as The Spellwright, writing spells for every imaginable need: growing wings, opening locked doors, persuading an owl to speak, invisibility – and many more.
She mentors emerging poets and work regularly with children and young people, often through Writing West Midlands. Her second collection, How Time is In Fields, was published in April 2019 by Indigo Dreams.
X
X