Everything Here Is True

Listen to Paul perform ‘Everything Here Is True’ with a ukulele!

The wombat is a funny creature, the wombat is unique
No other creature has this feature, or the same physique
Guaranteed to blow your mind
What they can do with their behind
You’ll be shocked at what you find
When they turn each cheek

If you watch a wombat’s rear, you know what it’s going to do
You won’t believe what does appear, it’s strange but it is true
Original, superior
Out from its interior
Through that strange posterior
It does a cubic poo

It will baffle your little brain, total disbelief
Just how much it can produce when it seeks relief
It’s the only species
With corners on its faeces
Lots of little pieces
From way down underneath

It may be cute and cuddly, a friendly furry bear
It’s weird, wild and wonderful what’s going on down there
A squash, a squeeze, a nudge
A little bottom budge
Out pops chocolate fudge
And a brownie square

Yes, it is strange but it is true
The wombat does a cubic …

© Paul Cookson
With kind permission from the poet. 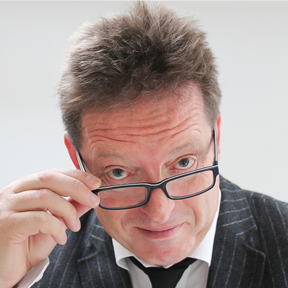 Paul has worked as a poet for 30 years. During that time, he has visited over 4000 schools, libraries and festivals and performed to millions of people. He has over sixty titles to his name and has sold over a million books, including the best-selling anthology The Works. He is a National Poetry Day Ambassador, Poet in Residence for The National Football Museum and Everton In The Community. In 2009 he was nominated as a National Reading Hero and since 2015 he has been Writer In Residence for Sing Together.

As well as his school visits, Paul is now writing songs with Slade drummer Don Powell and singer songwriter, Les Glover as Don Powell’s Occasional Flames. Their Christmas single – It Isn’t Really Christmas Until Noddy Starts To Sing – reached number 21 in the Amazon pop charts for an hour and half one Monday afternoon. Everton FC commissioned him to write “Home” – a poem for their season ticket campaign. Five Live commissioned a poem for England’s World Cup Campaign – “One Match At A Time”

Always in demand, his performances are memorable, funny, thoughtful and interactive. Audience participation is non-negotiable. It’s like pantomime – but with better rhymes!