She tells me her thoughts on London while her eyes roll
like a coin shifting in a purse.
In this city, time is a circus acrobat balancing
our never-ending demands.
Anything beyond a 1-minute wait
for the tube train tightens our blood pressure.
In the summer the Central Line alone will fry the loose hair
on the nape of your neck,
in the winter the crammed bodies in the carriage
will heat up your cold shoulders.
At night the moon in London is a wandering eye
bloated with options, unable to pick which crowd to watch;
which friends to eves drop on, which events to attend,
which places to eat, which art locations to soak in.
Despite the noise and the always abruptly shifting sky,
London knows when to slow down,
when to shut its loud-mouthed clocks,
when to lower our noise and hear whose spirit is suffering.
When a riot breaks out, or a tower turns black from smoke,
we hold each other to check the other is still breathing,
and even the moon stays still until we are sure
it is the right decision to move again. 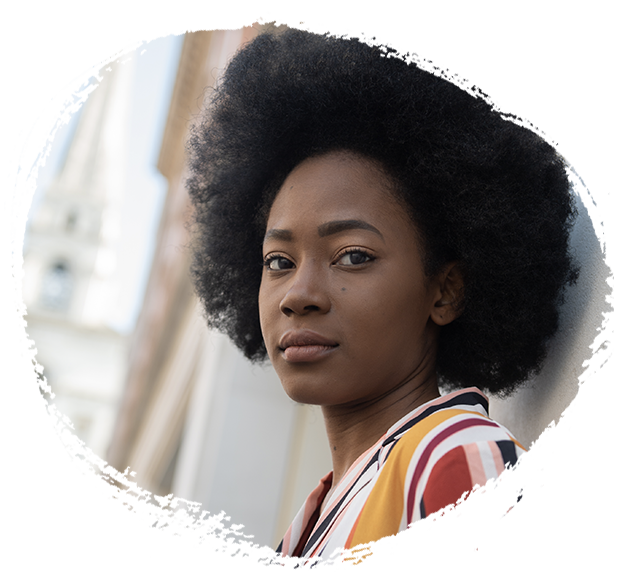 Theresa Lola is the 2019 Young People’s Laureate for London. A British-Nigerian writer and performer, she is an alumna of the Barbican Young Poets programme, and joint winner of the 2018 Brunel International African Poetry Prize. In April 2018 she was commissioned by the Mayor of London's Office to write a poem for the unveiling of Millicent Fawcett's statue at Parliament Square, which she read at the ceremony.
She has facilitated poetry workshops at St Mary's University, as well as primary and secondary schools. Her debut poetry collection In Search of Equilibrium (Nine Arches Press, Feb 2019) is described as ‘a glorious hymn to being alive and wounded’.
X
X