In the early morning an old woman
is picking blackberries in the shade.
It will be too hot later
but right now there’s dew.

Some berries fall: those are for squirrels.
Some are unripe, reserved for bears.
Some go into the metal bowl.
Those are for you, so you may taste them
just for a moment.
That’s good times: one little sweetness
after another, then quickly gone.

Once, this old woman
I’m conjuring up for you
would have been my grandmother.
Today it’s me.
Years from now it might be you,
if you’re quite lucky.

The hands reaching in
among the leaves and spines
were once my mother’s.
I’ve passed them on.
Decades ahead, you’ll study your own
temporary hands, and you’ll remember.
Don’t cry, this is what happens.

Look! The steel bowl
is almost full. Enough for all of us.
The blackberries gleam like glass,
like the glass ornaments
we hang on trees in December
to remind ourselves to be grateful for snow.

Some berries occur in sun,
but they are smaller.
It’s as I always told you:
the best ones grow in shadow.

Hear her read the poem on Penguin Random House Soundcloud.

‘Poetry has always been central to my other forays into language. It opens doors for me into spaces that may later be found to contain stories. Poets do annoy other people, because they seem to spend a lot of time looking out the window, but that’s when the unexpected may enter’

Margaret Atwood on the value of poetry. 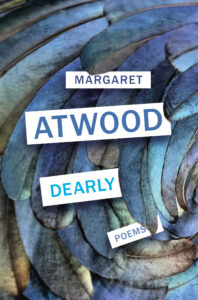 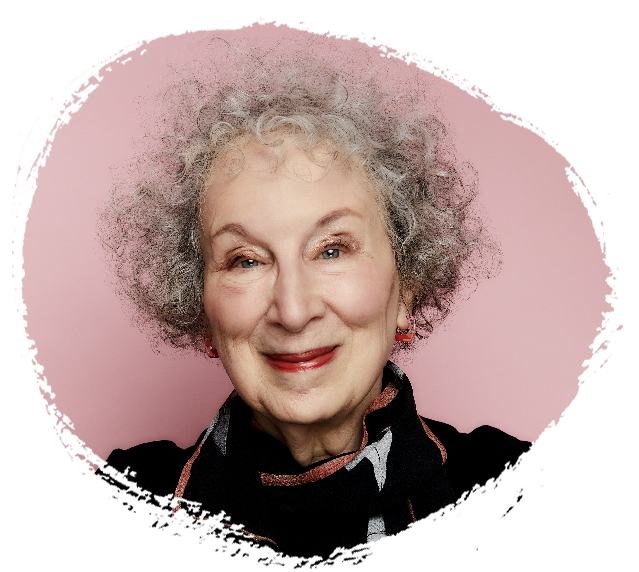 Margaret Atwood is the author of more than fifty books of fiction, poetry and critical essays. She first rose to prominence as a poet, and has published eighteen collections including The Circle Game (1964), Interlunar (1984), Morning in the Burned House (1995) and The Door (2007). Her poetry has won a Governor General's Award, the Union Poetry Prize, the Bess Hoskins Prize and the Golden Wreath Award. Her novels include Cat's Eye, The Robber Bride, Alias Grace, The Blind Assassin and the MaddAddam trilogy. Her 1985 classic, The Handmaid's Tale, was followed in 2019 by a sequel, The Testaments, which was a global number one bestseller and won the Booker Prize.

Atwood has been awarded the Arthur C. Clarke Award for Imagination in Service to Society, the Franz Kafka Prize, the Peace Prize of the German Book Trade, the PEN USA Lifetime Achievement Award and the Order of the Companions of Honour. She has also worked as a cartoonist, illustrator, librettist, playwright and puppeteer. She lives in Toronto, Canada.