Small birds are singing, cuckoos calling, the thrush
sings by fits. There was our own thrush, shouting
with an impatient shout; so it sounded to me.
The swallows have completed their beautiful nest.
They flutter about and about, and beneath the trees
as I lie under them, a flight of swallows gathering
high above my head. I lay listening to the waterfalls
and the birds – the voice of the air. A bird at the top
of the crag was flying round and round, and looked
in thinness and transparency, shape and motion, like
a moth. We heard both the call of the bird, and the echo,
and the dome of the sky seemed to echo the sound.
It called again and again as it flew onwards, and
the mountains gave back the sound, seeming as if
from their centre; a musical bell-like answering
to the bird’s hoarse voice. The birds were about us
on all sides, the cuckoo and the little birds; they twitter,
and make a bustle, and a little cheerful song.
Everything green and overflowing with life, with
the thrushes, and all little birds, not forgetting
the stone-chats. I sate till I could hardly drag myself
away, I grew so sad. I spoke of the little birds keeping
us company. I looked up at my swallow’s nest, and it
was gone. There was a greyness on earth and sky.
The bird seemed bemazed, and not strong enough
to strive with it. We turned back to see the light
but it was fading – almost gone. O, the unutterable
darkness of the sky, and the earth below the moon
and the little birds had given over singing. The stars
were out by ones and twos, but no cuckoo, no little birds;
we have had no birds singing, there were no little birds.
It was a thick, hazy, dull air. A silent night, forcing
its sound upon the ear, the half dead sound – so
extensive, the mind is afraid to calculate its bounds.

from Something so wild and new in this feeling by Sarah Doyle (V. Press, 2021) 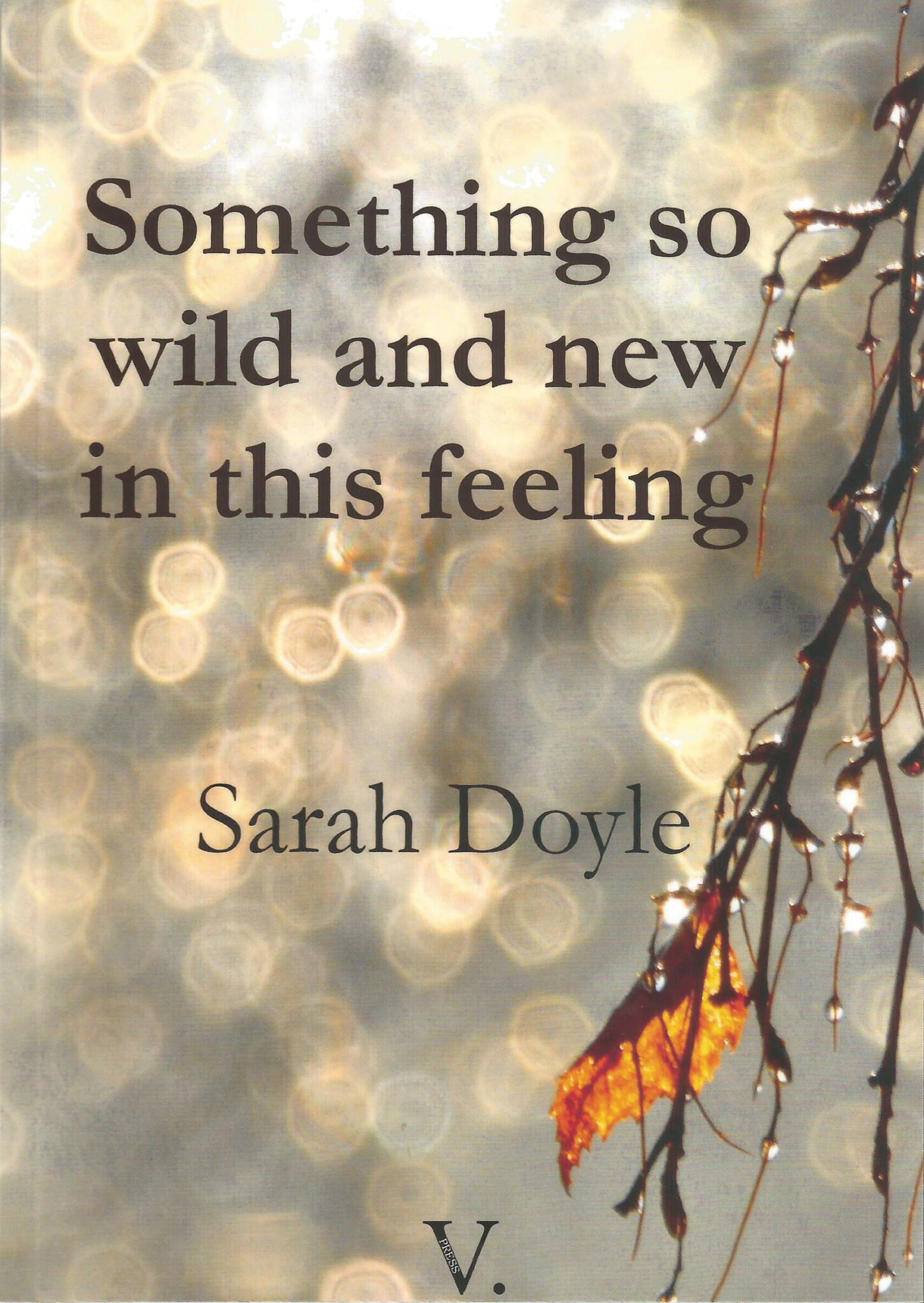 Something so wild and new in this feeling by Sarah Doyle
(V. Press, 2021)

Sarah Doyle is Poet-in-Residence to the Pre-Raphaelite Society and has been published widely in a variety of journals, magazines, web-spaces, and anthologies. She was highly commended in the Best Single Poem category of the Forward Prizes for Poetry (2018) and selected for inclusion in Poems of the Decade: An Anthology of the Forward Books of Poetry 2011-2020. She is currently researching a PhD in meteorological poetry at Birmingham City University. A pamphlet of poems collaged from fragments of Dorothy Wordsworth’s journals – Something so wild and new in this feeling – was published by V. Press in 2021.