With the wasp at the innermost heart of a peach,
On a sunny wall out of tip-toe reach,
With the trout in the darkest summer pool,
With the fern-seed clinging behind its cool
Smooth frond, in the chink of an aged tree,
In the woodbine’s horn with the drunken bee,
With the mouse in its nest in a furrow old,
With the chrysalis wrapt in its gauzy fold;
With things that are hidden, and safe, and bold,
With things that are timid, and shy, and free,
Wishing to be;
With the nut in its shell, with the seed in its pod,
With the corn as it sprouts in the kindly clod,
Far down where the secret of beauty shows
In the bulb of the tulip, before it blows;
With things that are rooted, and firm, and deep,
Quiet to lie, and dreamless to sleep;
With things that are chainless, and tameless, and proud,
With the fire in the jagged thunder-cloud,
With the wind in its sleep, with the wind in its waking,
With the drops that go to the rainbow’s making,
Wishing to be with the light leaves shaking,
Or stones on some desolate highway breaking;
Far up on the hills, where no foot surprises
The dew as it falls, or the dust as it rises;
To be couched with the beast in its torrid lair,
Or drifting on ice with the polar bear,
With the weaver at work at his quiet loom;
Anywhere, anywhere, out of this room! 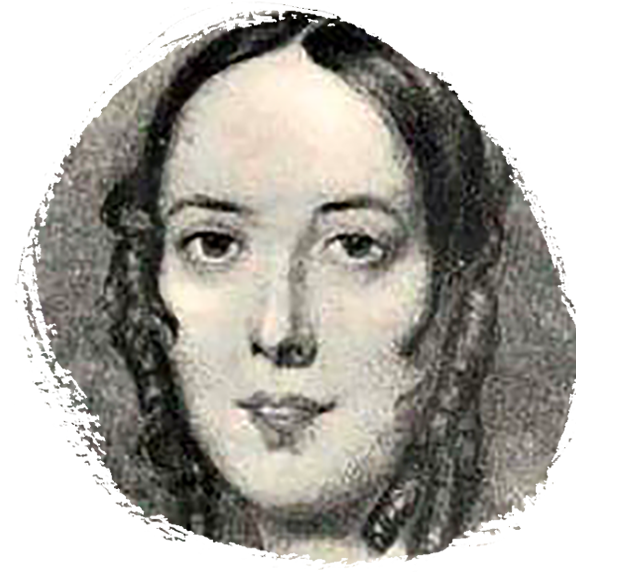 Dora Greenwell (1821–1882) was a 19th Century English poet from Durham. Often compared to Christina Rossetti and a contemporary of other Victorian poets such as Elizabeth Barrett Browning, Dorothy Greenwell wrote poems with strongly Christian themes. She also wrote numerous essays that attacked the slave trade and supported women's suffrage and education.
X
X