We are fragile fragments of ash
learning to accept change
like hearing the news and not despairing,

It’s watching lives survive and leave wards,
and finding laughter in new eyes
surviving in the grey,
placing naivety in a box
shelving it as unwanted

It’s allowing yourself to be guided in tunnels,
surrendering to the abundance of spring
meditating; Jahwening in a hammock in Málaga
knowing winter is not far behind
on Great Ancoats Street
we remain defiant through decline
while drawing strength from each other

It’s raving to Levelz just off the curry mile,
in your red bra and big knickers
under a full moon
believing in nana’s knowledge,
of what she called ‘science’,
while understanding lonely,
and the beauty of solitude.

It’s 86 bus journeys from Piccadilly gardens
saying sorry just after swapping bodies
and text messages saying ‘I love you’
it’s the Rain Man uncle G on the same bus home
he counts us carbon spirits after a night out.

Jahwen (V): To find peace in a hammock. 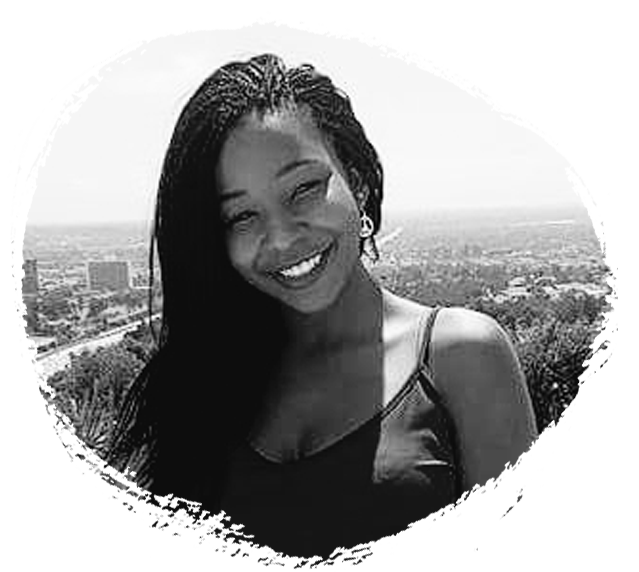 Nicole is a spoken word artist and workshop facilitator, she has performed and taught spoken word and performance both nationally and internationally, as part of Young Identity, Inna Voice and as a solo performer and practitioner. Mostly she has performed at the Schaubühne with a standing ovation at FIND18. She has worked and performed with writers such as: Kate Tempest, Saul Williams, Amiri Baraka, Jean “Blinta” Breeze, Lemn Sissay, The Last Poets and Linton Kwesi Johnson. In 2016, Nicole received a fellowship to start AndWhat TV which is an online spoken word channel. Nicole is a Director of Young Identity, a hugely successful creative writing and performance organisation.
X
X