When the 17 caterpillars we had caught
Escaped from the jar
and went crawling round the kitchen,
Mum went mad.

I couldn’t understand it
We lived in chaos so why would she care?
But she did
‘Find them all!’ she screamed, ‘and put them back!’

We found 16
And I’ve been searching
Ever since for that last one
Wondering why she was so cross.

I put it down
to one of following 17 possible reasons:

1. She was ashamed of the chaos
2. She was scared of caterpillars
3. The gerbils had escaped
4. There were too many bills
5. She had had a row with Dad
6. She was in love
7. She wasn’t in love
8. She hated her job
9. Her mother was coming to stay
10. She’d ruined the wash
11. Life wasn’t easy
12. She’d forgotten who she was
13. She was bored out of her skull
14. She’d given up smoking
15. She couldn’t cope with all the responsibility
16. She wanted to be an artist
17. She was scared of doing what she really wanted 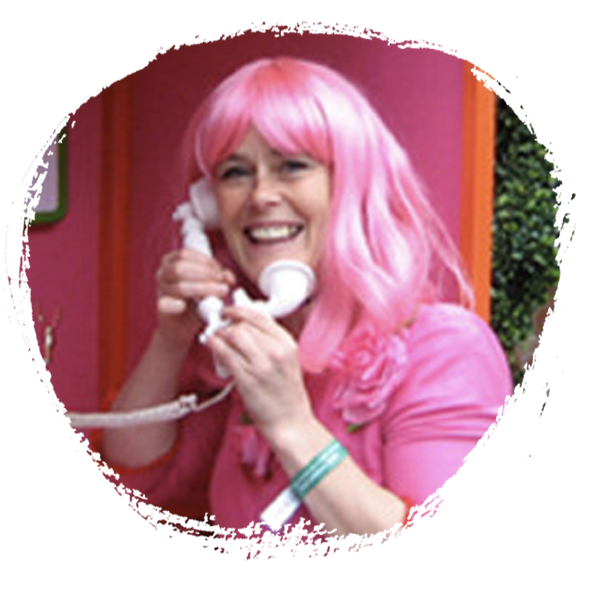 Sally Crabtree is an international performance poet and children’s author who has been described as ‘profoundly original – one of Britain’s richest inventions’ (Lars Gustafsson, nominated for the Nobel Prize in literature) due to her innovative approach in presenting poetry to a wide and diverse audience. Some of her trademark interactive performances include The Poetree; I’ll Eat My Words (range of edible poetry); Word M’art (featuring poems in a tin); Phone a Poem; Poetry Bingo; and the Sweetshop of Words. She has recently been ‘On the Rounds’ as the Poetry Postie, delivering poetic inspiration to the nation and beyond, as far afield as Cuba, Japan and China, and was invited by the UN’s Universal Postal Union to deliver poetic inspiration to the Palais des Nations for their 70th anniversary celebrations. Her project for GWR, Song for the Tamar Valley Line, won a national ACORP award. Sally was also once a world-class gymnast – she can sometimes be seen doing cartwheeling poems!
X
X