Home › Blog › Why I love libraries

Why I love libraries 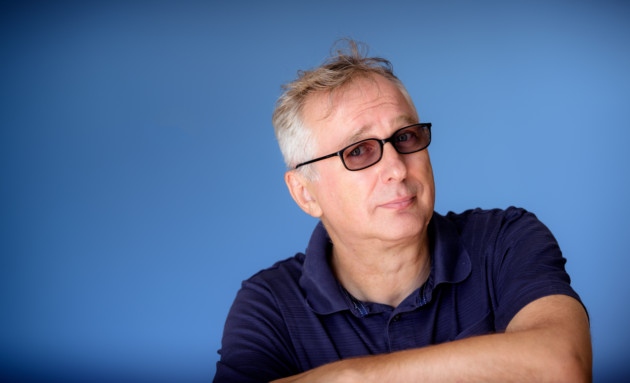 The screenwriter, comedian and poet Henry Normal, co-creator of Mrs Merton and The Royle Family, reckons BAFTAs, Oscar nominations and celebrity are all very well, but it’s libraries that changed his life. He names them here, with love.

I have a vivid memory of going into a public library in the early sixties. I was five: it seemed like a cross between a church and a school.

The building on Nottingham’s Carlton Road was grand, substantial, sandstone and definitely made to last. The ceiling seemed very high to my young eyes framed in National Health glasses. The smell was a mixture of polish, leather and paper. A very different space to our crowded terraced house in what was termed the city’s slum district.

Inside, it seemed friendly but important, light, ordered and calm. You needed to be on your best behaviour, like when visiting a posh aunty.

We didn’t have many books in the house so the clean hardbacks in their laminated dust jackets seemed expensive, almost exotic. The act of withdrawing a book with your own personalised ticket, bearing your individual name, made my small self feel very responsible and grown up.

That particular library building is still standing, almost 60 years later, though boarded up now. It seems smaller nowadays to my adult eyes but no less important.

By the time I was 14, we’d moved and my local library was on a new council estate. My mum had died and, with my Dad trying to cope alone with five kids, books were very much a luxury. (To be honest, underwear was a luxury back then).

That library was an escape and a diversion from the often grim reality of growing up poor in the seventies. Before I was old enough for pubs, this was a place, outside of the house, to meet mates or a girlfriend, out of the rain.

When I began writing comedy pieces and poems in my teens, the library was perfect for researching material. I read all the comedy section no matter who the author. I read all the books in the poetry section, starting with those published by Jonathan Cape: Cape covers looked modern, and the poems were more accessible than those in most of the older publications.

I read much I couldn’t understand, but it seemed to me this was the case with all art forms. There were paintings I wasn’t that interested in (like, say, old portraits) and music I wasn’t drawn to (like Acker Bilk or Kenny Ball) so why should poetry be any different?

That sense of choice was the key: the opportunity to experience a wide range of books, and to decide for myself which ones were for me, gave me confidence in exploring further.

I had never met a single other person who wanted to write, until one Saturday, aged 19, I saw a small poster in Nottingham’s Central Library for a regular writing group. It was run by Wendy Whitfield, the woman to whom I owe my career in writing, TV and film.

Once a month, she held a workshop in the Angel Row Library with about a dozen local writers who would bring whatever they were working on, whether a poem, short story or a chapter of a novel, and read it to the group. There would be a short group discussion of each reading and a tea break half way through.

A simple format, but for me, a lifeline.

A working class lad sat alone in his bedroom scrawling on a piece of paper did not match my image of a ‘proper’ writer. It was meeting other writers – in the flesh – and getting to know them that changed my perceptions, built my confidence and allowed me to recognise my validity as a writer. Just understanding and feeling that I had an individual and authentic voice was a big step for me.

For our Christmas party the group held a public reading at The Black Boy, a Berni Inn in the centre of Nottingham.

I read one poem. Not the best poem I’ve ever written, not the funniest, but that poem changed my life.

Earlier this year I tried to go some way to saying thank you to Notts Libraries by offering to perform free at each of the 60 Nottinghamshire county libraries. I thought this might also go some way to settling the unpaid fine I must still owe for my unreturned copy of Orwell’s ‘1984’ (from before the date of the title).

The Notts Libraries team – which goes by the name of ‘Inspire’ – promptly put together the first ever tour of every library in the county, for April and May. Some of the smaller libraries had never held a poetry event, some had never held any event before. For each venue I’d invited a local guest poet and we planned to ask local people to bring their own poems to read as well.

Unfortunately Covid 19 had other plans. The tour had to be cancelled. Well… postponed until next year. So I filmed 30 short films around my home each with a poem and Inspire released them on Facebook, Twitter and YouTube along with another 30 with my guest poets. These are all available online here.

Libraries have changed a lot since I was a kid: computers and the internet, digital music, Kindle and audio books mean their possibilities are far greater than they used to be.

And yet…for me the fundamental attraction of the library is unchanged. It is a place where you can go to find new worlds and in a greater sense, perhaps, to find yourself.

Henry performs poetry at Literature Festivals around the UK and has five recent poetry books out: Staring Directly at the Eclipse, Travelling Second Class Through Hope, ‘Raining Upwards, This Phantom Breath and The Department of Lost Wishes. Plus A Normal Family published by Two Roads Press telling the story of his family which is co-written with Angela Pell.

He was recently given a honorary doctorate of letters by Nottingham Trent University and has had a beer named after him in Nottingham. Contact him via his website.