2019 was the UNESCO Year of Indigenous Languages. We teamed up with our partners at Scottish Poetry Library and Literature Wales to bring you these ‘truth’ poems in Manx, Cornish, Welsh, Scots, and Gaelic, alongside their English translations. 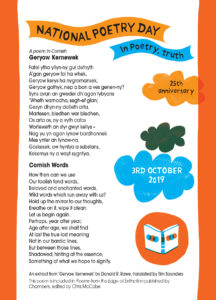 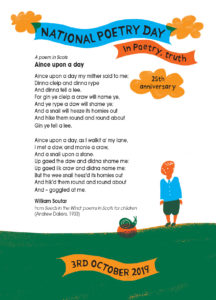 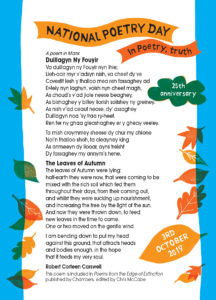 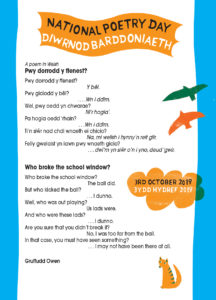 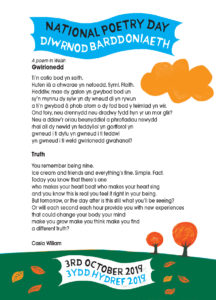 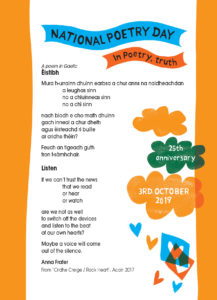 The poems are available from public and selected school libraries for free, and we hope you’ll download them too to use in displays.

If the poems on our postcards inspire you, we also recommend this new book Poems from the Edge of Extinction, which is edited by Chris McCabe and gathers together 50 poems in languages from around the world that have been identified as endangered. With poems by influential, award-winning poets such as US poet laureate Joy Harjo, Hawad, Valzhyna Mort, and Jackie Kay, this anthology offers a unique insight into both languages and poetry, taking the reader on an emotional, life-affirming journey into the culture of these beautiful languages.