IMTIAZ DHARKER ANNOUNCED AS LBF’S POET OF THE FAIR

The London Book Fair (LBF) is delighted to announce Imtiaz Dharker as its first ever Poet of the Fair. Imtiaz Dharker’s latest book, Luck Is the Hook, her sixth from Bloodaxe, is published next week.

Imtiaz Dharker will be at the Fair on Wednesday 11 April and will be in conversation about her work in LBF’s Poets’ Corner, the theatre that will host the Fair’s Poetry in Motion seminar stream. Poetry in Motion has been curated in partnership with National Poetry Day, the Poetry Book Society and sponsored by the National Book Council of Malta.

Imtiaz Dharker said: “I am delighted that The London Book Fair has chosen to shine a light on poetry with Poet of the Fair. It is a recognition of the power of poetry, the fact that it cannot be contained and will always find a way to say the unsayable across seemingly impossible barriers.”

Poetry in Motion will feature poetry readings, but also discussion and debate, providing a forum for the trade to share their knowledge on how to best connect with a growing audience, at a time that has seen the best sales on record for poetry books in both volume and value.

With speakers from across the industry, the programme will include new sales analysis and insight into the poetry 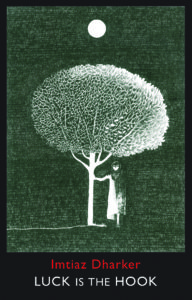 market and predictions for poetry in the years ahead, as well as sessions on how to engage children and young people. Speakers include poet and editor Don Paterson and Fiona McCrae of Graywolf Press, while seminar topics include Diversity and Inclusivity: Poetry and the Small Press and a look at the benefits of poetry for mental wellbeing with panellists Dr Jane Davis, founder and director of The Reader and William Sieghart, the founder of both National Poetry Day and the Forward Prizes for Poetry. LBF’s Market Focus will be represented in seminars with poets, writers and translators from Estonia, Lithuania and Latvia, with an additional focus on poetry from Malta.

Jacks Thomas, Director, The London Book Fair, said: “’Poetry is universally acknowledged as one of the most enduring media inspiring cross-cultural meetings of minds. In a time of social media and online sharing, it is more accessible than ever. How lucky we are to have such a stellar line-up at The London Book Fair, led by Imtiaz Dharker who will certainly put our poetry programme in motion.”

Susannah Herbert, Executive Director, National Poetry Day, said: “Poetry is the medium of the moment and these are exciting times for all in the poetry world. Last year saw National Poetry Day co-ordinate its first ever trade campaign, designed to encourage more people to read, share and experience poetry, and we have ambitious plans for our 2018 Poetry for a Change campaign to be announced at LBF. We are delighted that The London Book Fair is giving this special emphasis to poetry and that there is for the first time a Poet of the Fair.”

Poets’ Corner is located in the Lower West Hall, stand 5C150, Olympia. The Poetry in Motion seminar programme is outlined below and further information can be found here.

Imtiaz Dharker grew up a Muslim Calvinist in a Lahori household in Glasgow, was adopted by India, married into Wales and now lives in London. She was awarded the Queen’s Gold Medal for Poetry 2014. She is an accomplished artist and documentary film-maker and has published six books with Bloodaxe: Postcards from god (including Purdah) (1997), I Speak for the Devil (2001), The terrorist at my table (2006), Leaving Fingerprints (2009), Over the Moon (2014) and Luck Is the Hook (2018), all including her own drawings. Her poems are set on the GCSE English syllabus in English schools, and she gives many readings every year at Poetry Live conferences, reading and talking about her work to around 40,000 students. She is also published by Penguin India.