Does Humour Belong In Poetry? 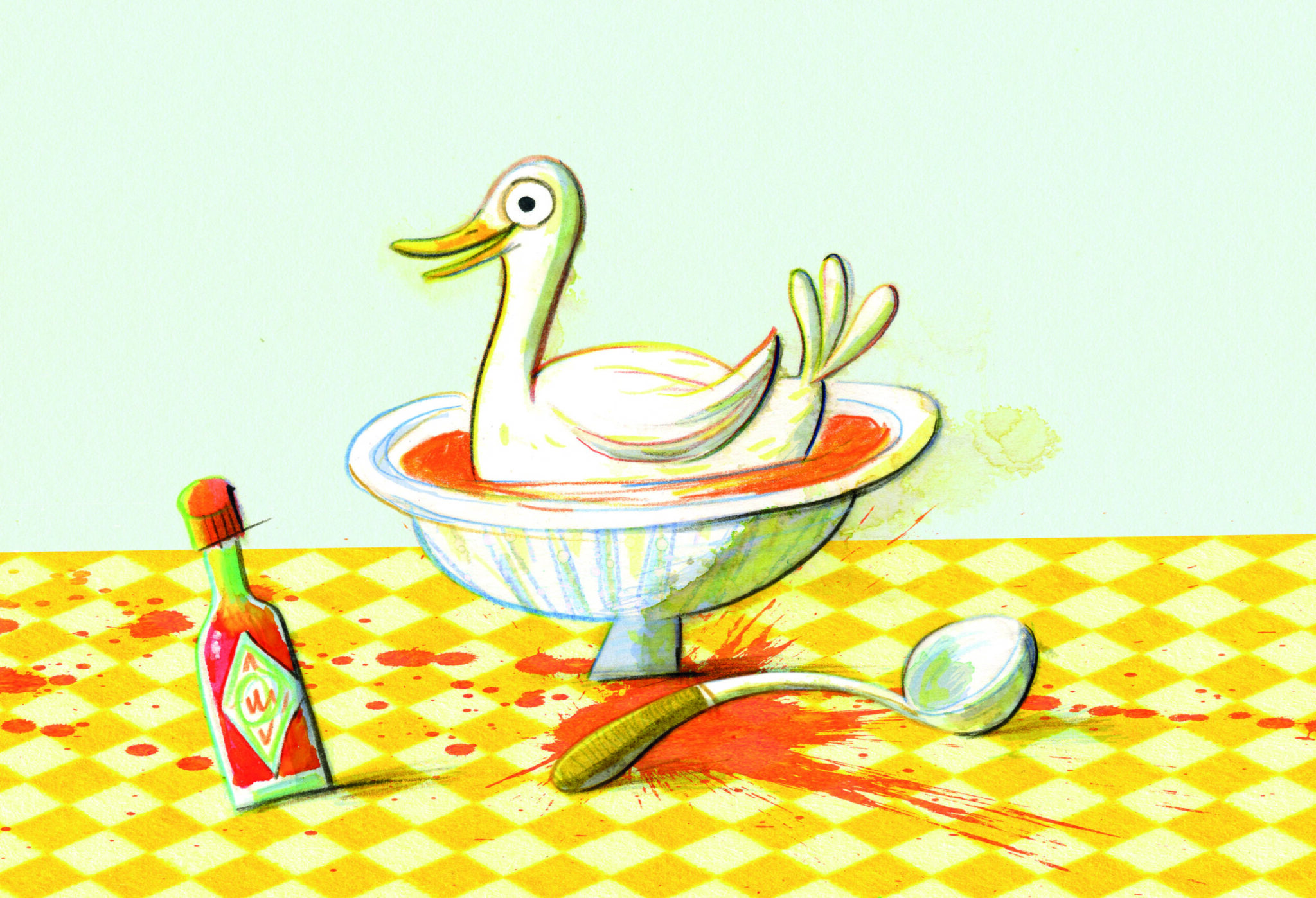 Poet A. F. Harrold enters our blog this week to discuss using humour in poetry.

I have a theory.

If you’re ever stuck for a way to end a poem or a story or a blog post or a conversation, simply mention the duck that’s just walked in and no one will worry that you’ve not ended the poem or story or blog post or conversation properly.

What could be simpler?

Some people say a surprising rabbit is better.

Wittgenstein, of course, showed us that a rabbit is just a duck looked at a different way.

(Knock-knock jokes, on the other, demand a surprising cow.)

It may not be the best theory, but I was asked to write some words about ‘humour in poetry’ and I’m finding it tricky, because, what is there to say?

‘Some poems are humorous, and some have humour thrust upon them.’

Such an awful, cloying, backhanded word that, ‘Humorous’. No one says it who means it as a compliment. It’s the ‘interesting’ of polite comedy lit crit.

‘Thank you, that poem was very humorous, now moving on…’

It’s not something I ever want to hear about my poems.

(It’s not something I ever want to hear about all bar two of my body’s bones, either.)

(Incidentally, I had a grandad-that-I-never-met who had a glass eye, so he’d’ve had a straightforward answer to that question, but most of us would simple have to say, ‘And then a duck walked in,’ and leave it at that.)

The poem. Did it make you chuckle?

Yes? Fine, now leave it alone. Or read it to someone else. Or e-mail it to your doctor or their spam folder.

Stop worrying about it.

Some things are just there to make you smile.

And if they don’t work, it doesn’t matter, there’ll be other poems.

I eat my peas with honey.

I’ve done it all my life.

It makes them taste quite funny

but it keeps them on the knife.

It’s beautiful and stupid and barely a joke at all, but it sticks in the memory and has hung around in peoples’ brains for well over half a century, at this point, and no one alive knows who crafted it, who shaped it so perfectly, but they still pass it around, because it’s just a bit of fun. Possibly funny. Certainly a delightful little work of folk craftsmanship.

And then a duck walked in. 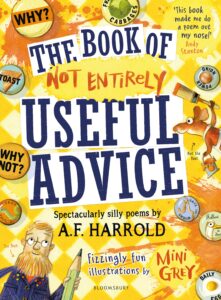 A.F. Harrold’s latest book The Book of Not Entirely Useful Advice is part of our 2020 recommended reading list, and features illustrations by Mini Grey.