Home › Blog › Spike Milligan and me

Spike Milligan and me 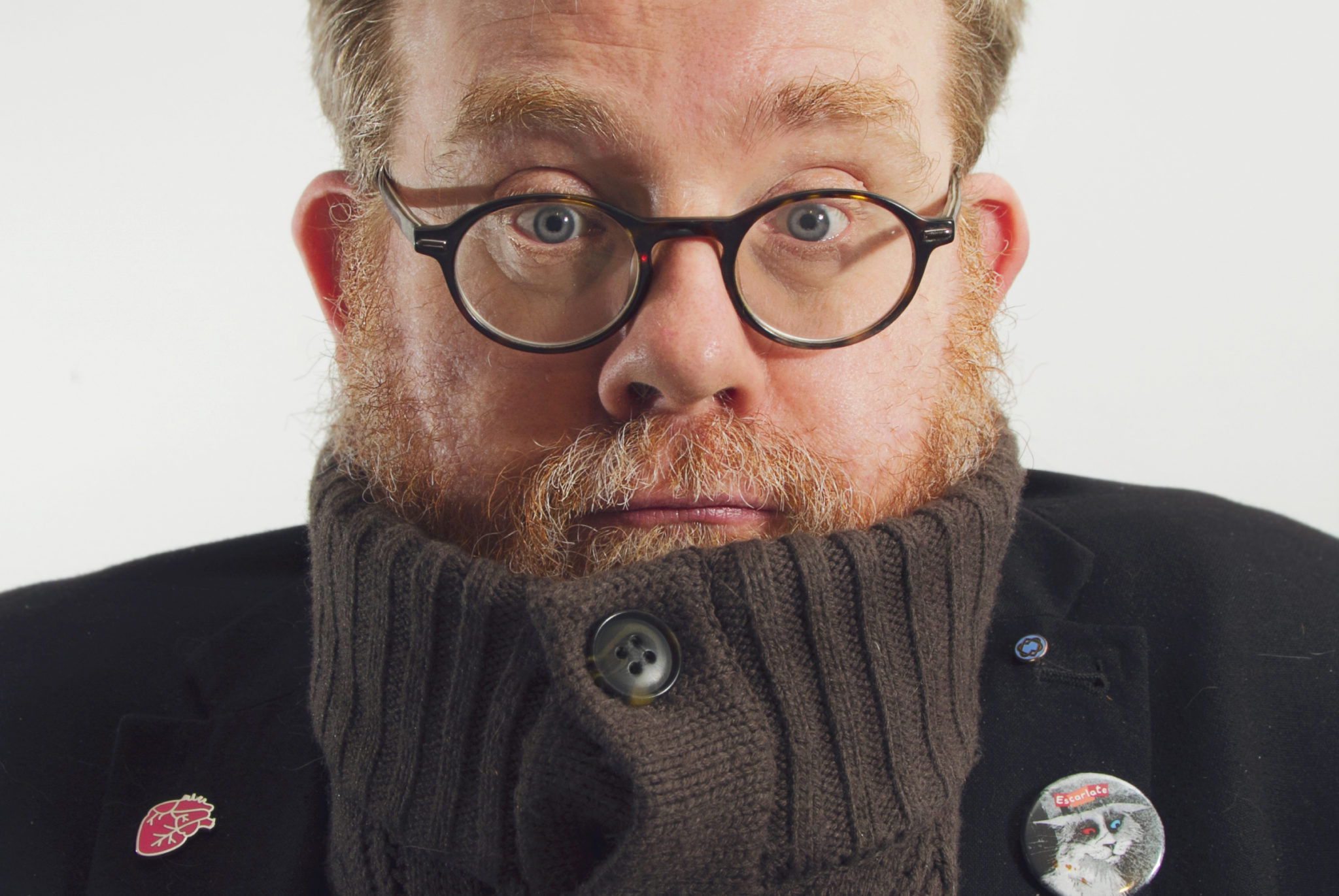 I still have the copy of Silly Verse for Kids I had forty years ago, and it was second hand and tatty even then (the price on the back, 2/6). Now it is like sheets of dust, pressed between two flaky cardboard sleeves, orange and spiky – shafts of words, poem titles vertical like blades of grass, the man’s head half out of shot like a he’s slipped, the dead parrot/carrot emblem mocking and mirroring the Puffin puffin, the jarring medley of fonts used in such a small place – all of this visual anarchy/visual poetry preparing the reader for the innards.

Inside the front cover is an Ex Libris bookplate a lion and unicorn and puffin rampant and reading around a bookcase, and the engraved words ‘From the library of…’ beneath.

And that name scribbled (possibly in the neatest handwriting available) in biro: Penelope Overton.

And the mystery that hit me as a child and that lives with me now… who was Penelope Overton, and much more importantly… why had she let this book go? What had this book done to displease her? Had she no sense of humour? Had she been cruel and mean and tormented the book so much it ran away of its own choice?

I determined then and there to be, forevermore, this book’s final owner. I would be the friend to it that the wicked Penelope Overton hadn’t been. (The idea the book had travelled on because of some tragedy befalling the Overton family didn’t occur to me then, but it does now.)

And so I pored over the book, each page, sucking up the details, because, it was obvious, in a book like this they were all important.

From the title page which read: PUFFIN BOOKS – Editor: Kaye Webb – PS 3 3 1 – SILLY VERSE FOR KIDS… (what was that, code?)… to the hand drawn double page title page that followed, with its drawings of monkeys and pogo-shoe-bouncing old men and the words PENGUIN BOOKS… (was that different to Puffin?)… all the way to the first poem, about String: String / is a very important thing. / Rope is thicker, / But string, / Is quicker. // PS. The meaning of this is obscure / That’s why, the higher the fewer.

I understood there were all sorts of rules being broken there. It was nonsense, but not like I’d met before. None of that mawkish, long, regular nonsense of Mr Lear, with the silly names and bouncy nursery rhythms. No this was real nonsense, more elemental, more close to falling apart into chaos.

And the mix of the poet’s own illustration with poems that run of the edge of the page or that have alternate endings, and the mysterious invocation on the publisher’s information page ‘The poems on pp. 61/71 are printed by permission of Tandem Books’ which makes you look and discover p71 is just a drawing… it’s anarchy and it’s beautiful. It’s a cloud of unknowing.

It’s one of the books that made me, and few days go by when the words ‘And Edser, in bed sir, was dead sir’ don’t run round my brain, asking to be let out.

But I’m not going to let them out, that would be a disservice to Penelope Overton, to whom I owe everything that has followed.