Each year BBC Local Radio teams up with specially chosen poets to create sparkling new poems for broadcast on National Poetry Day. In 2019, we joined forces to challenge stereotypes and celebrate the delights of the different regions that together compose the United Kingdom. 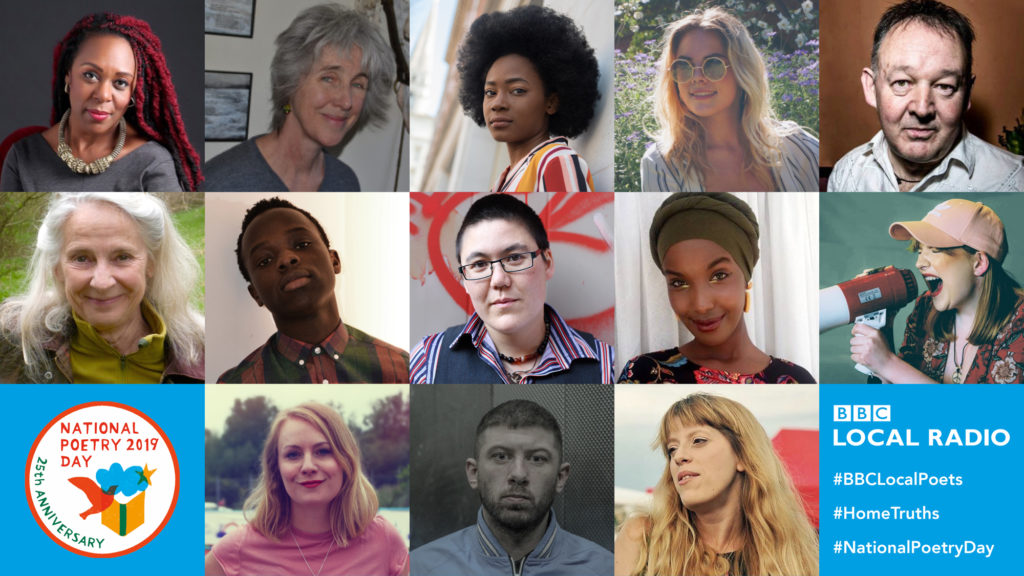 BBC Local Radio stations, prompted by National Poetry Day’s Truth theme, invited listeners to tackle lazy cliches by sharing truths about the places where they live, the kinds of truths that deserve to be better known. These local insights inspired celebratory new poems by the 13 local poets which you can now enjoy below. Be sure to share your favourites online using the hashtag #HomeTruths.

BBC Radio Devon | Kimwei McCarthy | Because You Invited Me

BBC Radio Kent | Alice Gretton | Because we have our roots

BBC Radio Lancashire | Jane Routh | If it were dry, the thread would snap

BBC Tees | Harry Gallagher | The Magic that only Teesside Brings